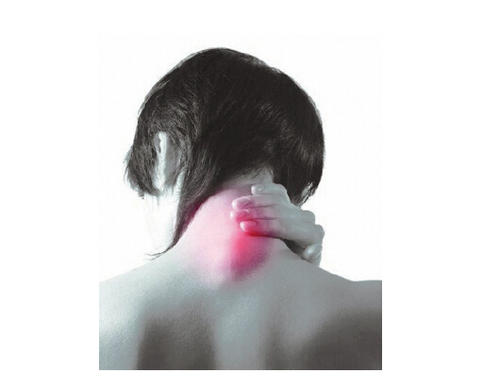 If you have 【sprain, neck pain, low back pain, knee pain, frozen shoulder】, count it? Is it difficult to treat? Master Bone Clinic and Traumatology Department can help you!

Sprain refers to the injury of the soft tissues (such as muscles, tendons, ligaments, etc.) of the joints of the limbs or body parts without fractures, dislocations, or skin damage. The main clinical manifestations are pain, swelling and limited joint movement at the injured site, mostly in the waist, ankle, knee, shoulder, wrist, elbow, hip and other parts. It is more common in sports. When a sports injury occurs, it is best to deal with it immediately. There are five treatment principles: protection, rest, ice, oppression, and elevation. Severe muscle strain (broken), ligament sprain (broken).

Neck pain may be the basic pathological change of cervical spondylosis is degeneration of the intervertebral disc. The cervical spine is located between the skull and the thorax, and the cervical intervertebral discs need to perform frequent activities under load-bearing conditions, and they are susceptible to excessive minor trauma and strain.

The main pathological changes are: early cervical disc degeneration, reduced water content of the nucleus pulposus and swelling and thickening of the annulus fibers, followed by hyaline degeneration and even rupture. After cervical intervertebral disc degeneration, pressure resistance and traction resistance are reduced. When under the action of the gravity of the head and the traction force of the head and thoracic muscles, the degenerated intervertebral discs can have a localized or extensive protruding to the periphery, causing the intervertebral disc space to become narrow, the articular processes overlap, dislocation, and the longitudinal diameter of the foramina Become smaller. Due to the weakening of the traction resistance of the intervertebral disc, when the cervical spine moves, the stability between adjacent vertebrae decreases and intervertebral instability occurs. The mobility between the vertebrae increases and the vertebral body has a slight spondylolisthesis There are changes in the posterior facet joints, uncinate vertebral joints and lamina, degeneration of the ligament flavum and nape, cartilage and ossification.

Because the cervical intervertebral disc bulges all around, the surrounding tissues (such as the anterior and posterior longitudinal ligaments) and the vertebral periosteum can be lifted, and a gap is formed between the vertebral body and the herniated disc and the lifted ligament tissue, which is called the inter-ligamental disc space , There is the accumulation of tissue fluid, coupled with the bleeding caused by the minor injury, so that this bloody fluid is organized and then calcified and ossified, so osteophytes are formed.

The relaxation of the anterior and posterior ligaments of the vertebral body makes the cervical spine unstable, increases the chance of trauma, and makes the osteophytes gradually increase. Osteophytes, together with the bulging annulus fibrosus, posterior longitudinal ligament, and edema or fibrous scar tissue caused by traumatic reactions, form a mixture that protrudes into the spinal canal at the position equivalent to the intervertebral disc, which may compress the spinal nerve or spinal cord. The osteophytes of the uncinate joints can protrude into the intervertebral foramen from front to back to compress the nerve roots and vertebral artery. Osteophytes on the anterior edge of the vertebral body generally do not cause symptoms, but there are reports in the literature that such anterior osteophytes affect swallowing or cause hoarseness. After the spinal cord and nerve roots are compressed, they are only functional changes at the beginning. If the pressure is not relieved in time, irreversible changes will gradually occur. Therefore, if non-surgical treatment is ineffective, surgical treatment should be carried out in time.